In April 2020, we celebrate five years of operations on the ground in Asia. Burgess now has offices, staff and partnerships in four Asian locations (Hong Kong, Singapore, Japan, Thailand) and an Asia desk in Monaco, combining a multilingual team of about 20 colleagues advising clients on all aspects of superyachting. With 12 superyachts transactions from 23 to 85m over the last five years and substantial charter and yacht management operations, Burgess is now the undisputed superyacht leader in Asia.

Yacht Style issue 52 covered the story of our first five years in Asia.

As Burgess honours its 45th anniversary in 2020, its Asia team is celebrating its first five years and 12 superyacht transactions 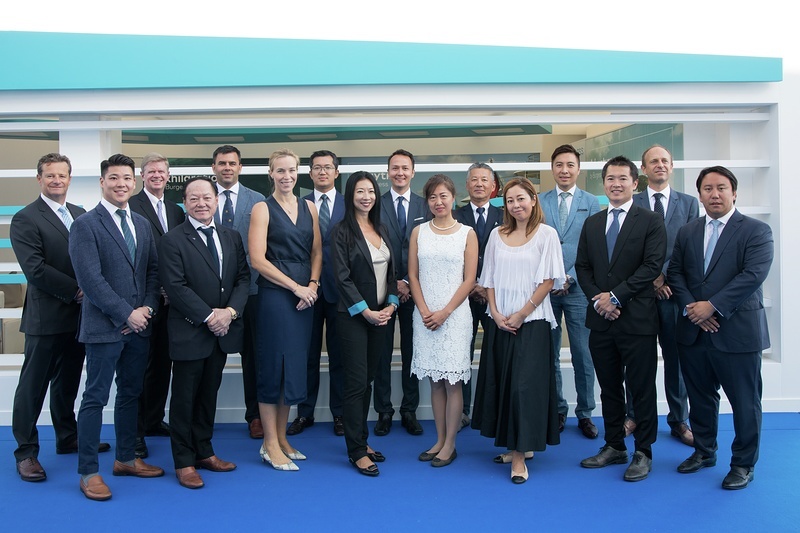 This year, Burgess is celebrating 45 years of progress since it was founded by Nigel Burgess in 1975, with the company’s 14 offices around the world set to honour the landmark with local events in their own markets.

Now with more than 220 full-time staff, the superyacht specialist has much to celebrate, describing itself as ‘the global leader in brokerage, charter, management and new build advisory for large yachts from 30m (100ft).’

Yet 2020 is also a landmark for the company’s Asia operation, which is marking its fifth anniversary since it was founded by Jean-Marc Poullet in Singapore.

Since 2015, the Asia team has completed 12 brokerage transactions ranging in size from the 21.1m Azimut 70 LADY RENEE to the 85m Lurssen ARETI, and even including two deals for the 58.2m CRN J’ADE. Burgess represented the buyers in 10 of the 12 transactions. 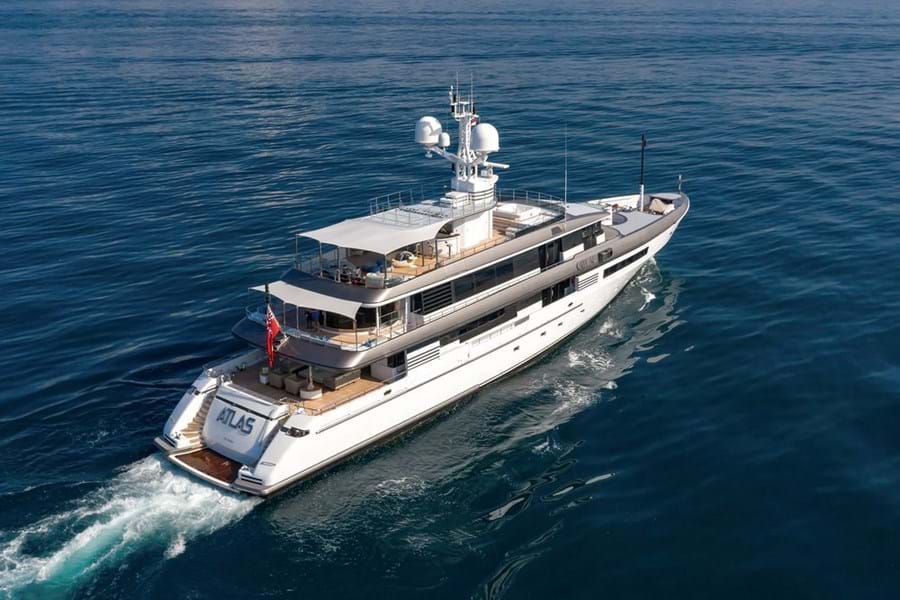 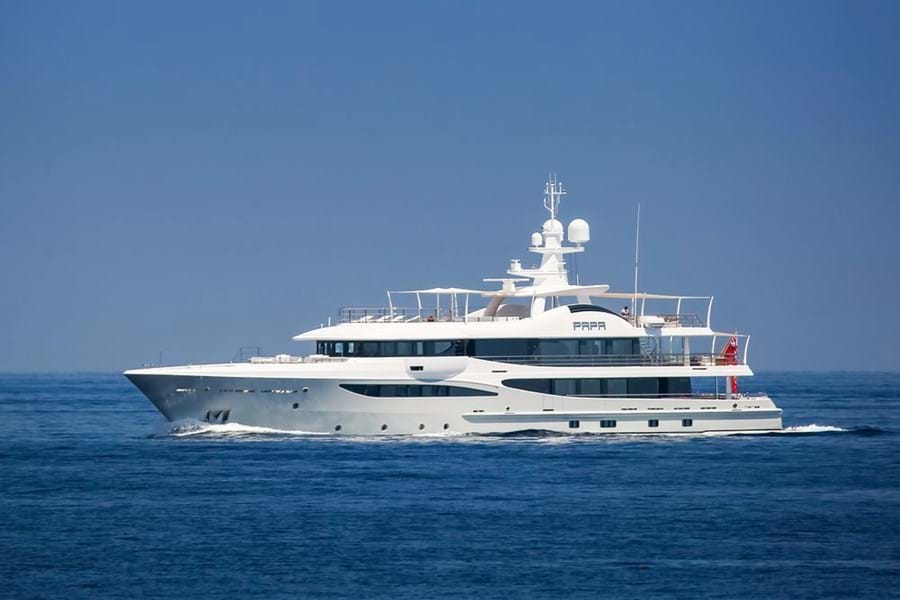 Poullet, Burgess’ Chairman Asia, is pleased with his team’s achievements, which are setting the bar for international brokerage houses operating in the region and helped them win Best Asia-Based Brokerage Company (International) at the Christofle Yacht Style Awards in both 2018 and 2019.

‘Globally and in Asia, we offer the full suite of superyacht services – brokerage, management, charter and new build advisory – and Burgess is market leader in each sector,’ says Poullet, who has been based in Asia since 1993.

‘Our 12 transactions in five years is certainly a record for Asia. It’s great to see that our operating model and team can build trust-based relationships and offer world-class brokerage advice to our customers.’

For all the impressive statistics, each company is about people and Poullet is proud of the team he has built, now numbering over 20 staff in Singapore, Phuket, Hong Kong, Tokyo and also Monaco, where there’s a dedicated Asia desk. 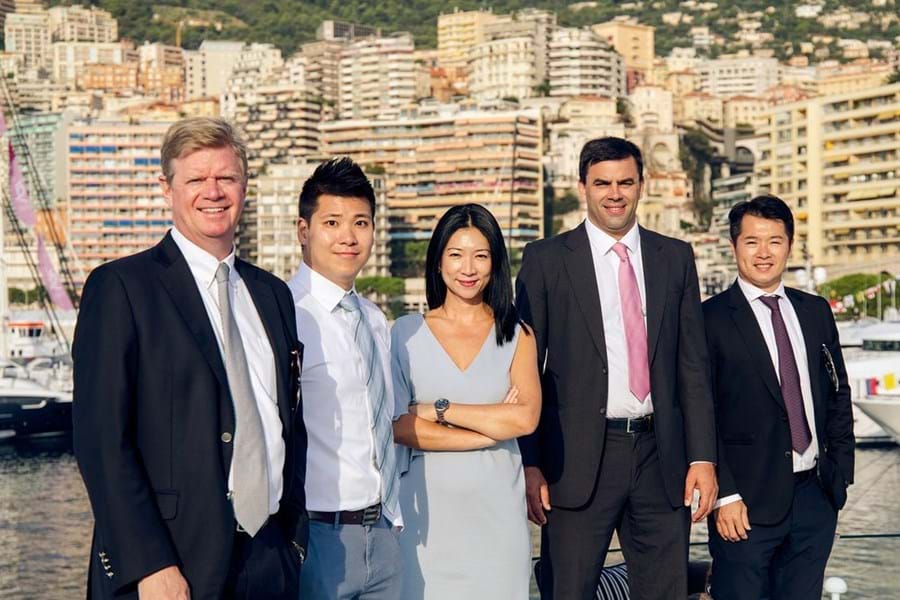 It has been a whirlwind five years for Poullet, who was a newcomer to the industry when he joined Burgess after retiring from McKinsey & Company. He has had a lifelong passion for yachting, starting as a child when he raced on his father’s sailing boat at weekends. He later chartered yachts and then started owning them, including his current 33m motor yacht, which he keeps in Phuket.

‘After 25 years at McKinsey, I investigated the superyacht brokerage market as a passion play option,’ he says. ‘It quickly became clear that Burgess had all the ingredients I was looking for: global leadership, professionalism, teamwork and an opportunity to help build the Asia operation, so it was an easy choice.’

With Poullet on board, Burgess launched its Asia chapter with two key missions: to provide world-class yachting services to its Asian and Asia-based customers; and to develop and promote the area’s exceptional cruising grounds as global yachting destinations.

Familiar with the region’s wealth hubs after decades at McKinsey, Poullet initially mapped out key markets for clients before recruiting staff, almost all of whom are still with him today. 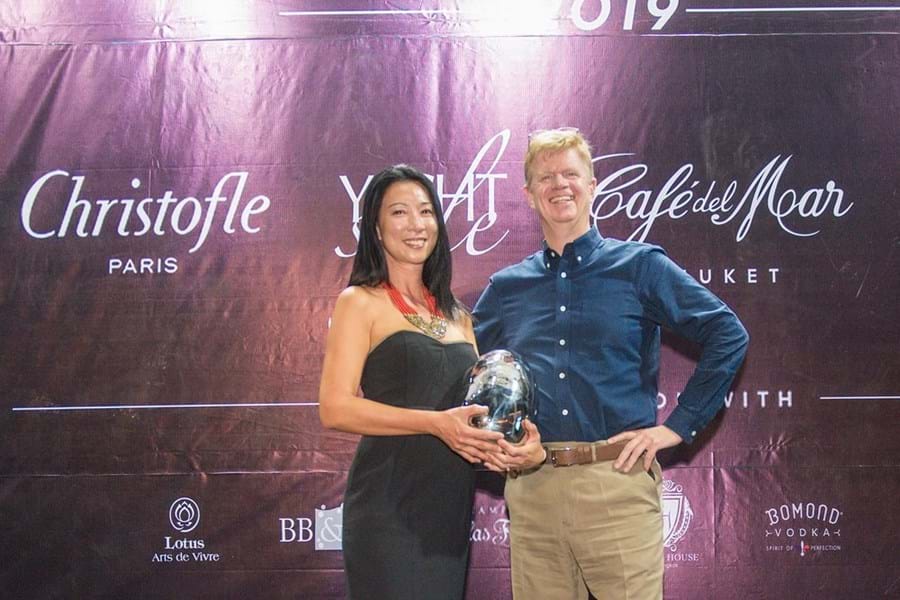 ‘The priority markets are easy to identify but finding the right people for our segment of the market in Asia less so,’ Poullet says.

‘As such we mainly focused on the latter to build a very experienced team primarily composed of Asian colleagues able to operate in the region’s diverse culture and languages. As well as English, our team can have detailed yachting discussions in Chinese – both Mandarin and Cantonese – Japanese, Thai and Indonesian.’ 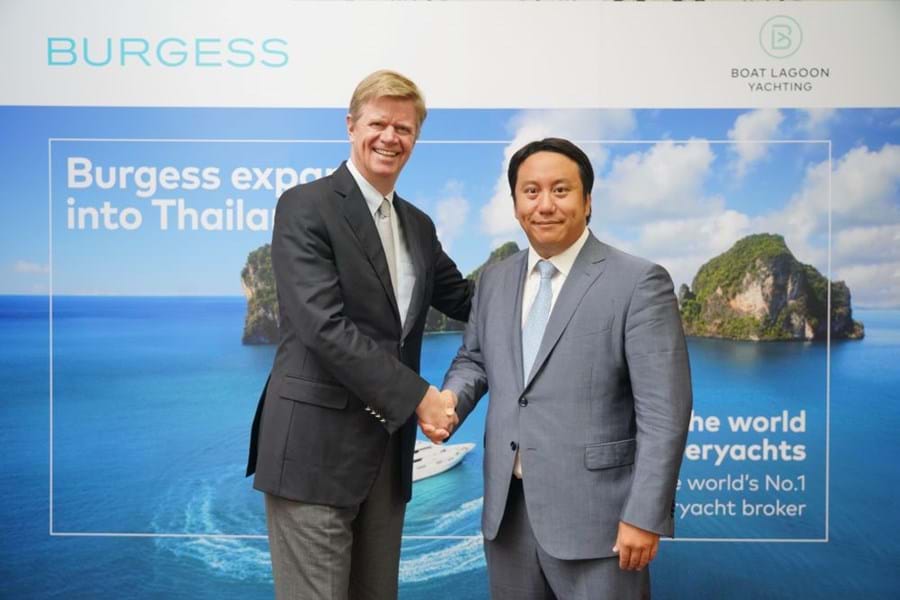 In early 2018, Burgess announced the opening of a Shanghai office in partnership with IYAT and although the office has since closed, Fay Duan has remained with Burgess, working from the Monaco office as Charter Representative, China. In fact, six of the Asia team are native or fluent Mandarin speakers.

‘There are still very few buyers or charterers of large yachts in mainland China,’ Poullet says. ‘However, potential buyers often look at large yachts for their first yacht, which amplifies the need to provide comprehensive and customised advice. And as most of those discussions are in Mandarin, it requires yachting professionals able to speak the language.’

Burgess was involved in four of the top-10 international superyacht transactions in 2018 when it also had a standout year in Asia. Woodmansey, who has been in Asia since 2003, achieved a rare hat-trick as the Brit helped three clients buy 50m-plus yachts including LADY S (now LADY E), one of the year’s top-10 deals and which also chartered in Asia. 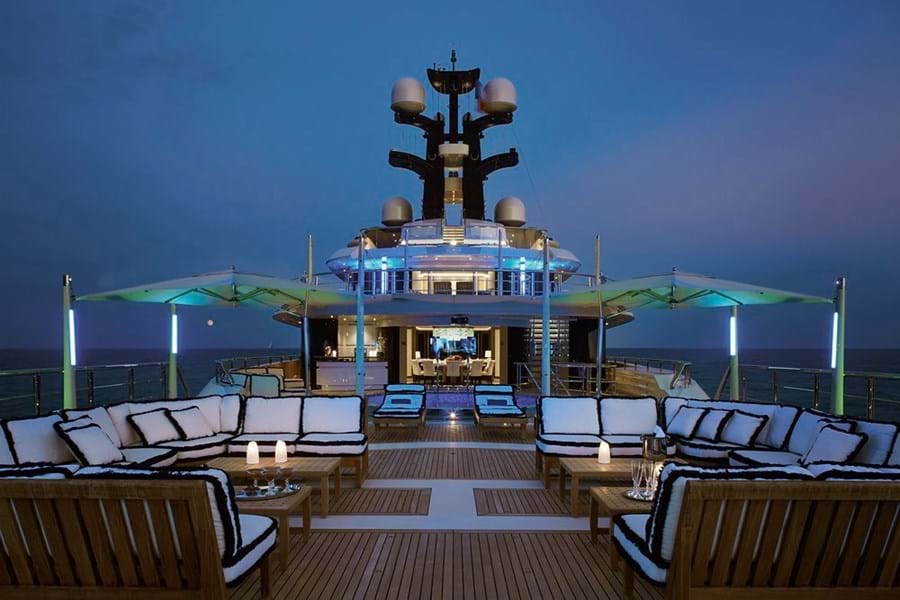 Burgess was appointed by the Malaysian Government as Central Agent for the sale of the 91.5m Oceanco EQUANIMITY

Last year, Burgess was involved in one of most high-profile yacht transactions of recent times when it was appointed by the Malaysian government as the Central Agent for the sale of the 91.5m EQUANIMITY. Seized by authorities following the 1MDB scandal, the 2014 Oceanco build was sold to Genting Malaysia in April 2019 and renamed TRANQUILITY.

As well as brokering deals for new and pre-owned superyachts, Burgess’ Asia team has built a solid pedigree in charter, a two-pronged business focused on helping Asian and Asia-based clients to charter yachts, and also developing business for charter yachts in Asia.

Leveraging Burgess’ global knowledge of yachts and destinations, the Asia team has organised charters across the world, from regional hot spots like Thailand, Indonesia and the Maldives to the likes of Italy, Croatia and Greece in Europe.

Its clients have chartered a wide range of yachts including the Feadships ECLIPSE (43m) and BLU 470 (49.8m), the 47m Indonesia-based MUTIARA LAUT, 51m Japan-built NORTHERN SUN and 55m Amels LILI, up to the 73m Lurssen TITANIA and 74m CRN CLOUD 9 (now ODYSSEY II). 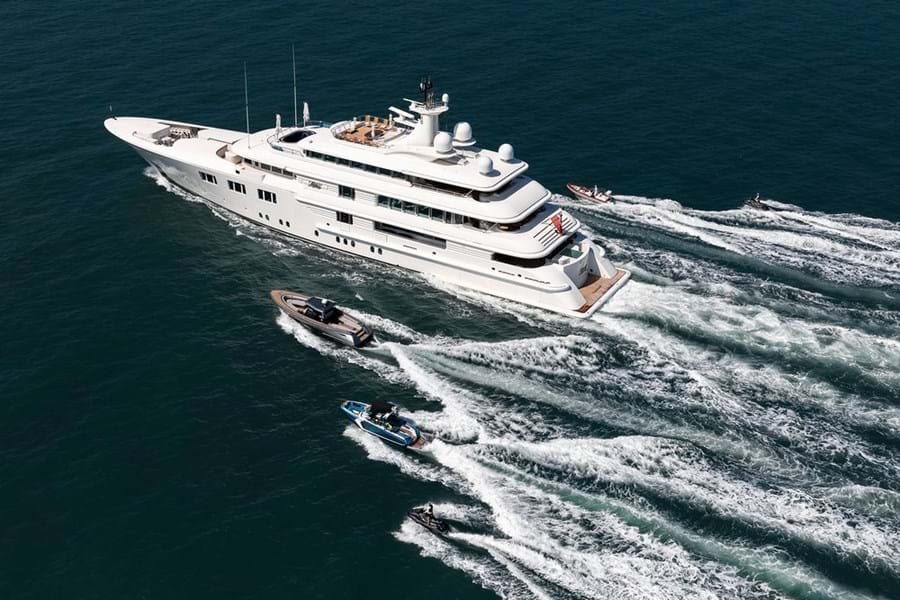 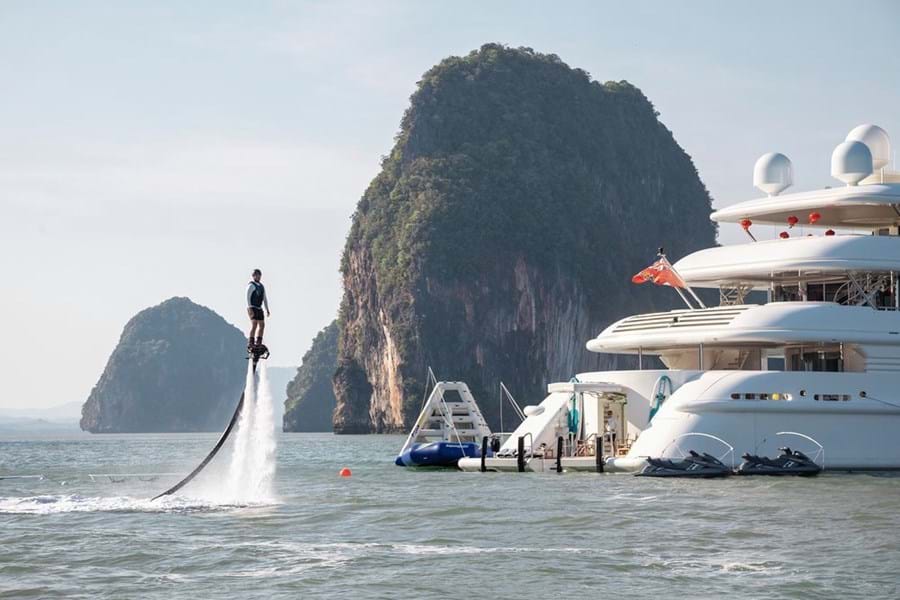 At the same time, the team has also helped Burgess’ leading charter yachts to explore Asia’s most beautiful cruising grounds, with Phuket and the Maldives proving the most popular destinations in the region.

Yachts that Burgess has chartered in Asia include the Amels builds LADY E, PAPA and DENIKI, several Heesens, the 60m CRN RAMBLE ON ROSE, 69m SALUZI and 73m TITANIA. It has been a solid start in the sector, but Poullet believes there’s room for growth, especially around Phuket.

‘We plan to invest further into the development of the charter market in Asia, especially Phuket and the Andaman Sea. It is truly a world-class cruising destination and will certainly become the epicentre for large yachts in Asia. Our partnership with Boat Lagoon Yachting is a key factor in stepping up our initiatives in that regard,’ says Poullet, who frequently cruises in the area with his family.

‘We love Phuket’s cruising grounds and the diversity of anchorages and activities, ideal to entertain our two restless boys! We also like fresh Thai seafood and enjoy discovering local eateries.’ 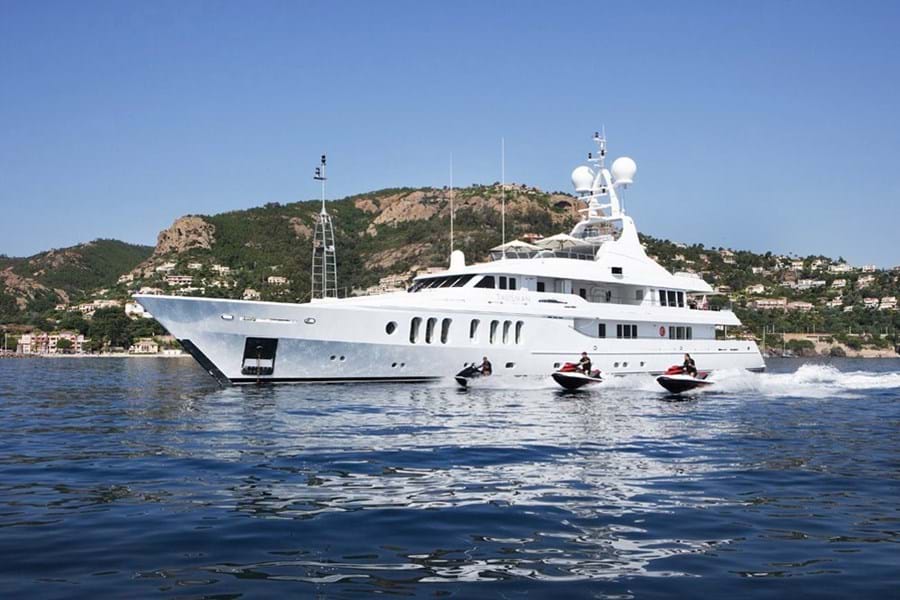 For all its high-profile transactions and charter business, Burgess’ Asia operation is facing increasing competition in the region. In recent years, many of the other leading international brokerage houses have expanded operations in Asia, frequently partnering with regional dealerships, as Burgess has in Thailand and Japan.

‘The Asia market in general can only benefit from the added dynamism of healthy competition, so that is good,’ Poullet says. ‘We had the first mover advantage in Asia and were the first to establish partnerships with top dealerships, so we now enjoy a strong leadership position in Asia, mirroring Burgess’ leadership position globally.’

There have been other challenges. The local protests in Hong Kong affected business in Asia’s leading yachting market for the second half of 2019 and this year the coronavirus outbreak has slowed down activity in many key hubs.

‘It has definitely affected sentiment as our customers’ interest in yachting matters is understandably lower, and it also affects the broader industry as events and shows are cancelled,’ Poullet says.

‘The jury is out on how this crisis will evolve and how severe the impact on our industry in Asia will be. There is little we can do about it and we can only play it by ear and adjust our work and business development initiatives accordingly. Patience and resilience are key.’ 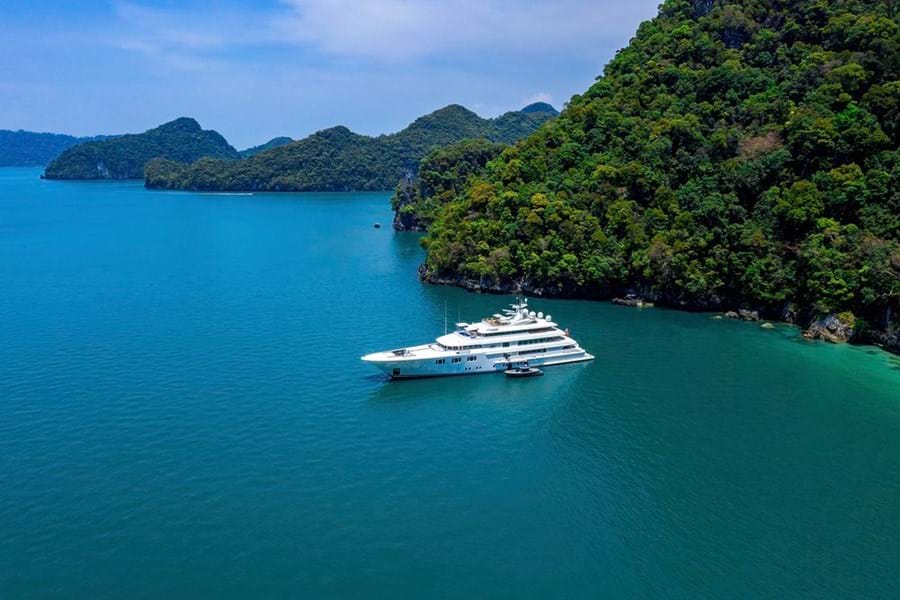 Overall, though, Poullet is satisfied with Burgess’ progress in Asia in its first five years and believes that his team has the right balance of superyacht expertise and local knowledge to cater to its wide range of discerning clients. He believes there’s plenty of room for Burgess and the entire superyacht business to grow in the region.

‘I’m happy with our progress, especially the quality and professionalism of our Asia team and the collaboration with Burgess colleagues and experts globally – truly “glocal” teamwork. We now have strong foundations for further building our business and playing a key role in developing the market in Asia.

‘In fact, 12 transactions [in five years] is still a small number for a continent like Asia and it illustrates that the market is still in its infancy. It will take many more years, perhaps decades, to reach its full potential.

‘Asia is and will remain a challenging market requiring substantial investments aiming for long-term upside, not short-term gains.’